James is 31 years of age, a plumber from Wales.

He arrived in Australia in November 2018 and has had constant work since.

His main reason for coming to Australia was to travel with his girlfriend. He had heard some bad stories about working as a backpacker in Australia but felt that these were just isolated occurrences.

Shortly after arriving in Sydney, he surfed the web and found the Harvest Trail website where he found vacancies in Mildura, Victoria. He then headed to Mildura where he visited the MADEC Harvest Office and undertook the induction and received his Work Entitlement Card.

His first job involved working on a vineyard fixing irrigation lines. When this finished, he then gained work at an Olam almond orchard. He has had no real trouble picking up various other horticultural jobs since.

He never expected in his life to be working unpacking raisins or pruning peach trees.

James commented that working conditions on all the jobs he had undertaken had been quite good, all having loos and air conditioned cabins for smoko.

The work was what he had expected. Some was hard but varied and there was no opportunity to perform this type of work back in his home country.

“Your mindset is very important,” James said. “Put your head down and your 88 days will fly by.”

His advice to others is to not sit around and whinge but to get on with it and make friends.

His best experiences have been while staying in hostels meeting new people from all over the world. He has made many friends as everyone is here for very similar reasons. 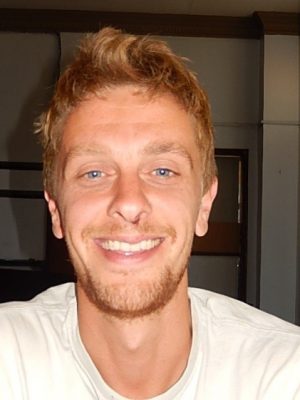